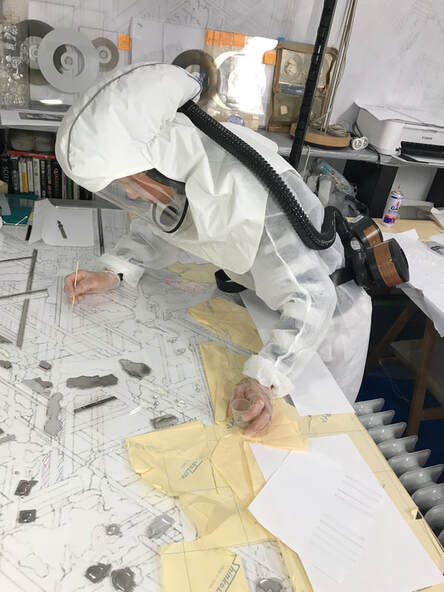 Born in Japan, having been brought up by her grandfather who was an award-winning Kimono weaver and artist whose contemporaries included Kenkichi Tomimoto, Shouji Hamada and Keisuke Serizawa, Ricca Kawai was exposed to an artistic environment from an early age.
By living in the countryside, and nature forming the subject matter of her grandfather’s art, Kawai was deeply influenced by the nature she saw around her and encouraged to find her own way of experiencing it. As a child, she was taught Aikido and Calligraphy and in adulthood she has experienced G Force 2 by flying combat air-craft, climbed mountains in Japan and scuba dived in oceans — through all of which she has developed a heightened understanding of invisible flow of energy. Graduated from Musashino Art University, Tokyo, and moved to London in 1987, she studied advanced life drawing at St. Martin’s school of Arts.
​
Kawai has had several solo exhibitions in Japan including at the legendary Gallery Ueda and Isetan Gallery in Tokyo. She has been included in group exhibitions at The Museum Tokyu Bunkamura, Tochigi Prefectural Museum of Fine Art, and Wakita Museum of Art in Japan. In 1995 she was awarded the Shinjin Fine Art Award and was nominated for the Goto Memorial Foundation by Ikko Tanaka. In 1998 she won the Sainsbury Art Scholarship exhibition prize at the Oxo Tower. Her work is in public and private collections worldwide including Neiman-Marcus, USA, Vega Sicilia, Spain, TRINC corporation, Japan.  She lives and works in London.
' Education & Appointment
1980 -84   BA, Musashino Art University, Tokyo  Faculty of Formative Arts
1987 -88   Non Diploma Advanced Life Drawing Course, St. Martin’s School of Art